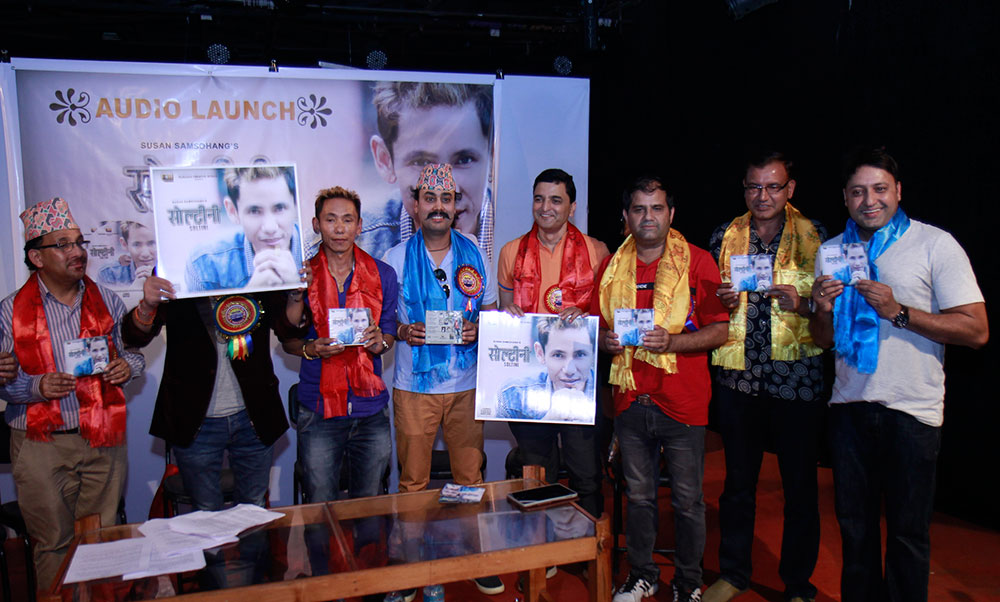 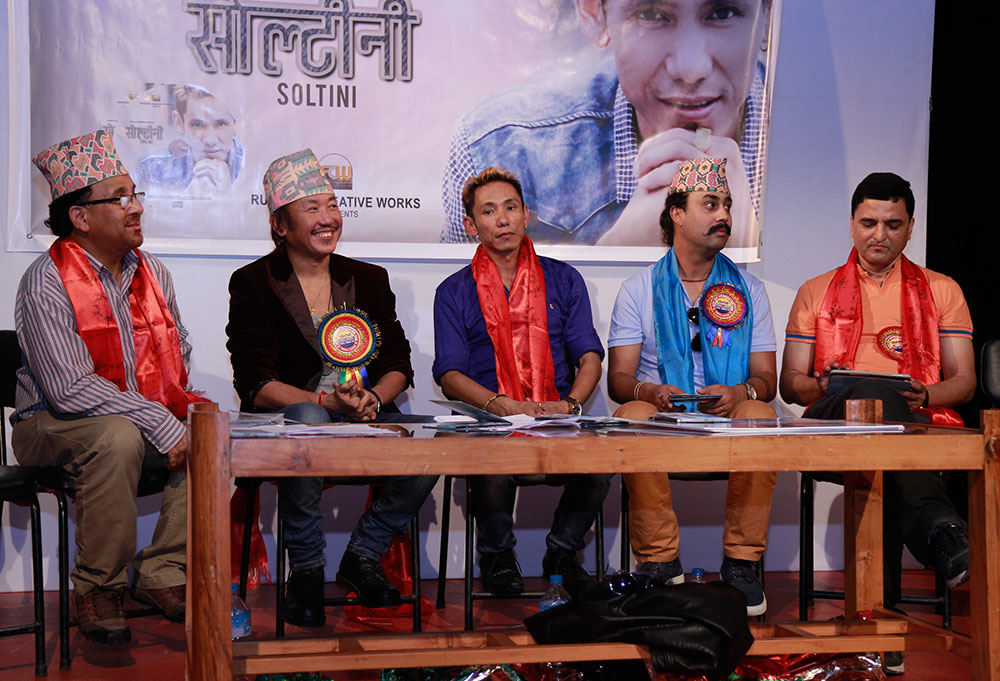 Susan Samsohang has launched the second album titled “Soltini” at an event in Mandala Theatre, Anamnagar on Saturday.  “Rai Is King” singer Rajesh Payal Rai was present there as a chief guest at the event there.

Well known faces like musician Raju Singh, singer Satyaraj Acharya, Yogesh Bhattarai, comedian Manoj gajurel among others were present at music launching programe at Mandala Theatre. One of the songs from his album was also released on the same event.

Crooned by Susan Samsohang, the song titled “Soltini” has been penned by Naresh Bhattarai where Parbati Rai/Dharmendra are featured in the video.

Susan Samsohang had already released his first album titled “Susan” some years ago and was busy singing for Limbu songs. He is now back with “Soltini”.

Rajesh Payal Rai, Raju Singh and Satyaraj Acharya were offered with Nepali Dhaka Topi by Susan at the event. 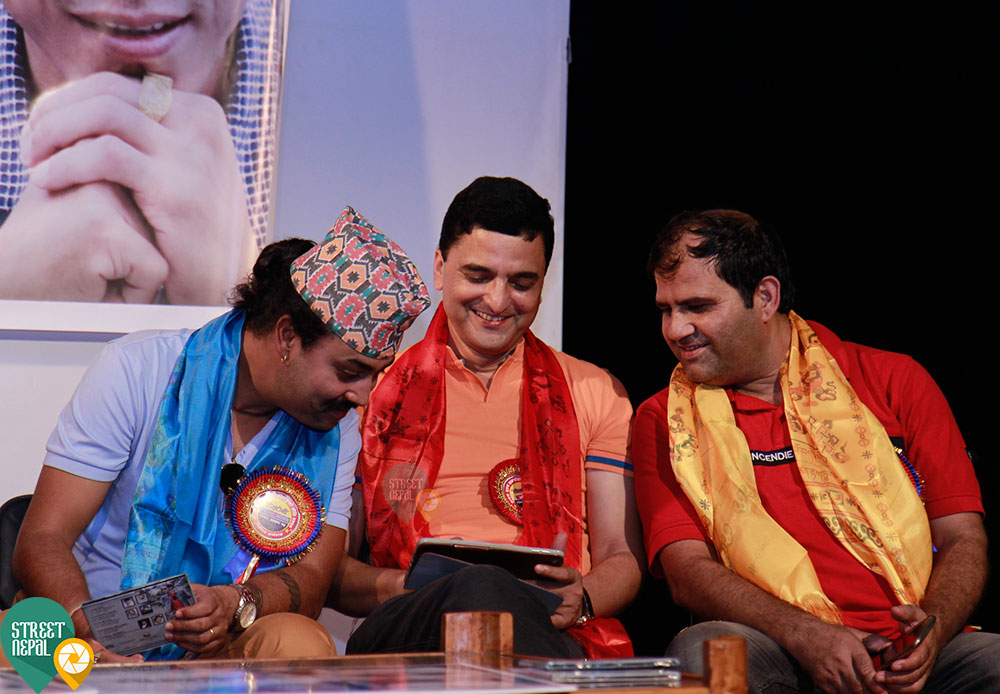 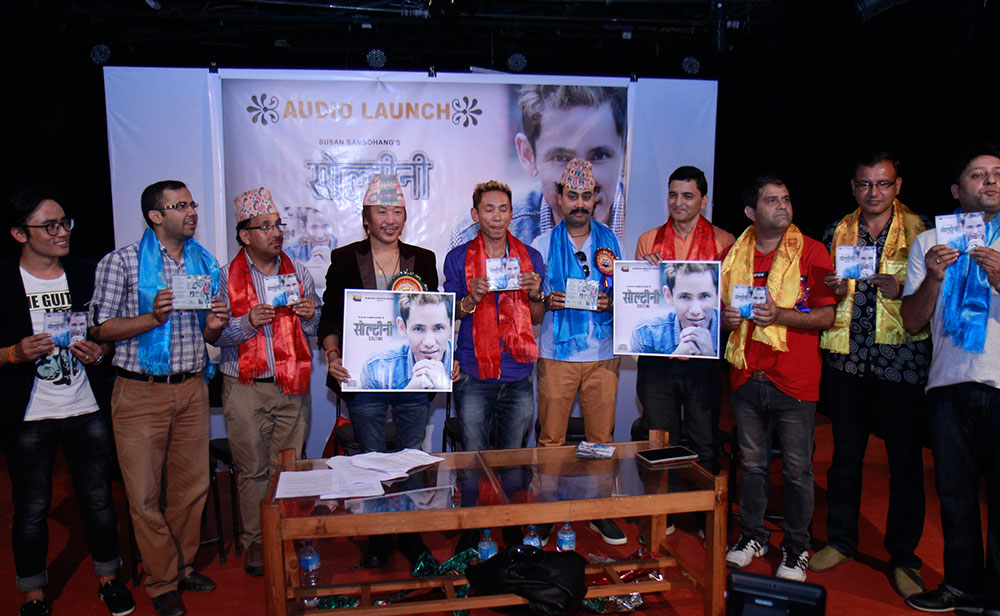 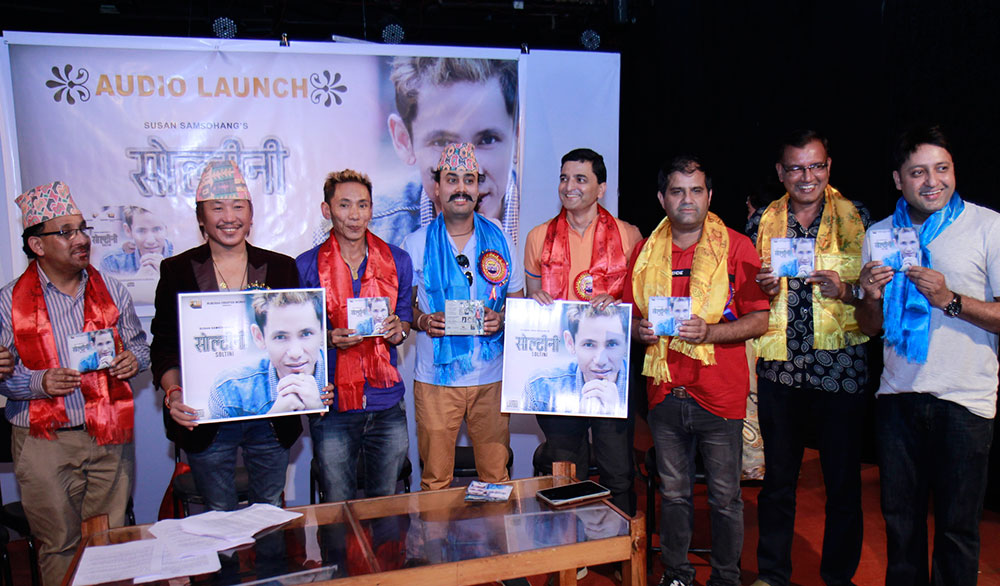 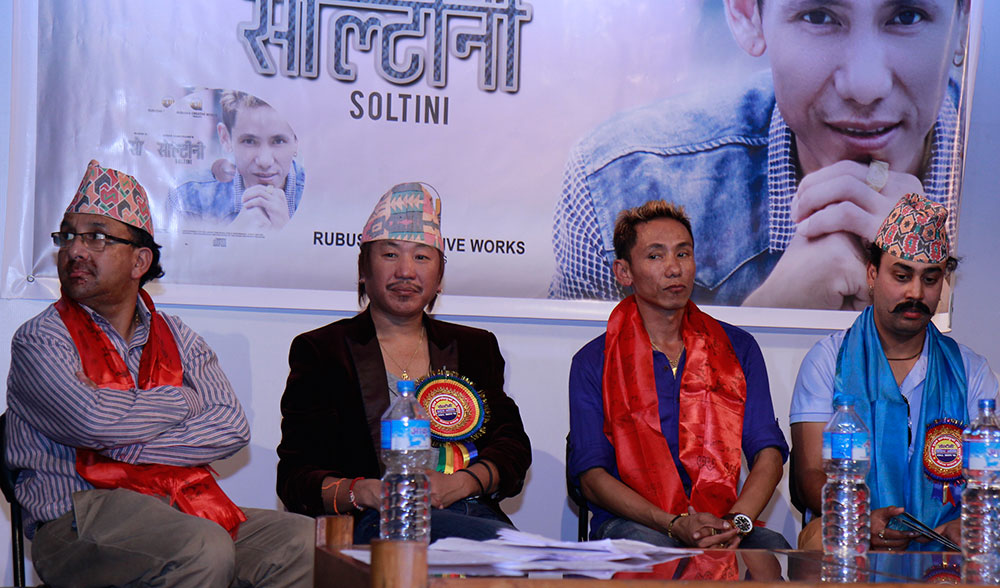 Check out the video of “Soltini”, below: