The recently released (on YouTube) film “Aama” has been garnering immense praises from audience. The film was made availabe on YouTube via official YouTube channel of Budha Subba Digital on January 29, Friday and has gone ahead to clock 2 Million plus views in just 2 days. The film is also trending at one on YouTube‘s trending list. 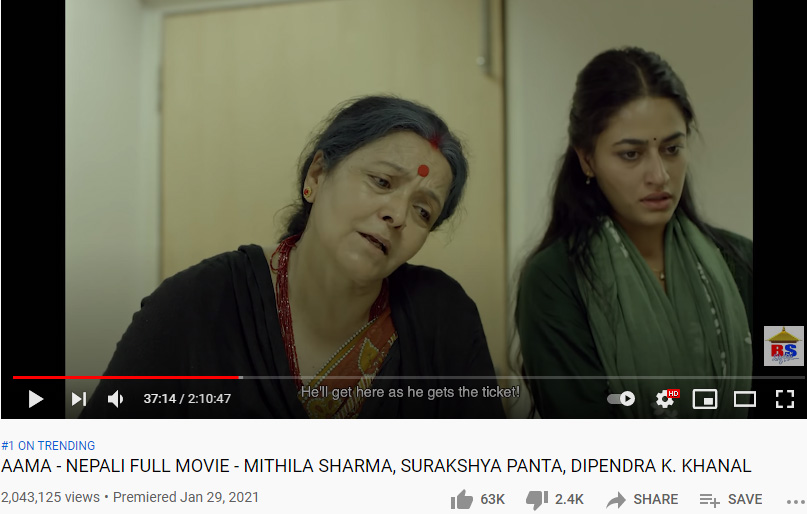