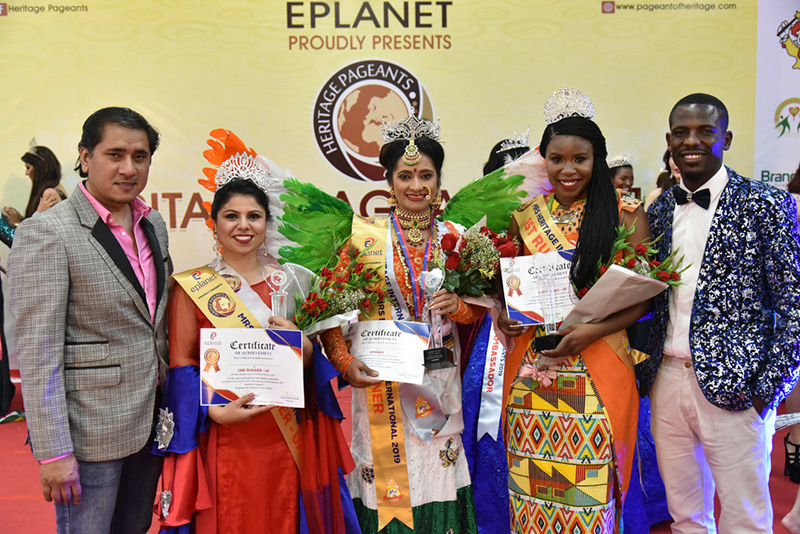 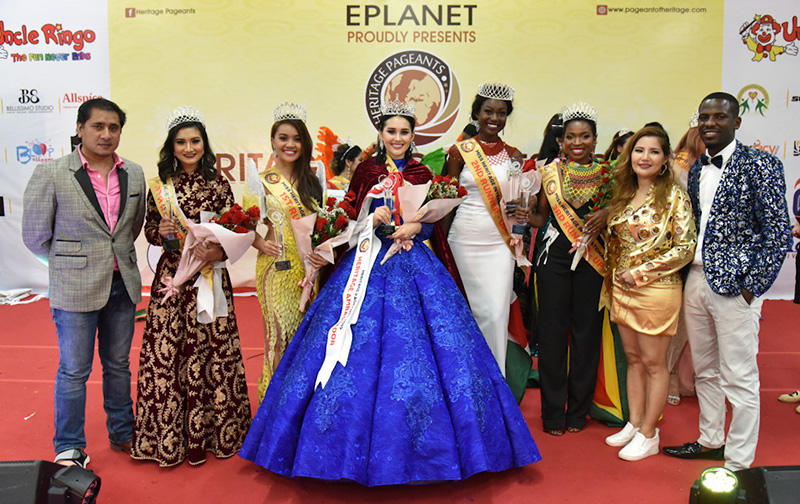 The event hosted at Singapore from 12th of February to 17th of February 2019 was been organized by Eplanet Pvt. Ltd., under the leadership of Mister Santosh Sapkota , the chairperson for the company. The event was been supported by Singapore Kindness Movement, Uncle Ringo Kindness Carnival and Kalaimani Cares of Malaysia. For the event Mr. Rojin Shakya from Nepal was been the choreographer of the event and was been hosted by Rojin and Simran Deenz Ahuza from India. The event was coordinated by Susan Sanfurni Koh from Singapore.
Earlier the inaugural edition of Miss Heritage International 2014 was been hosted at Kathmandu, Nepal. The second edition of the pageant took place at New Delhi, India while the 3rd edition of Heritage pageants was been concluded on 9th December 2016 at Sri Lanka. Heritage Pageants is being hosted with the aim of promoting tangible and intangible heritage while conserving the world heritage sites as been listed by UNESCO. The winners and the participants of the event are supposed to work hand and in hand with the host country in the promotion and preservation activities related to world heritage, art, culture, tourism, environment and peace in the host country and in their respective countries.