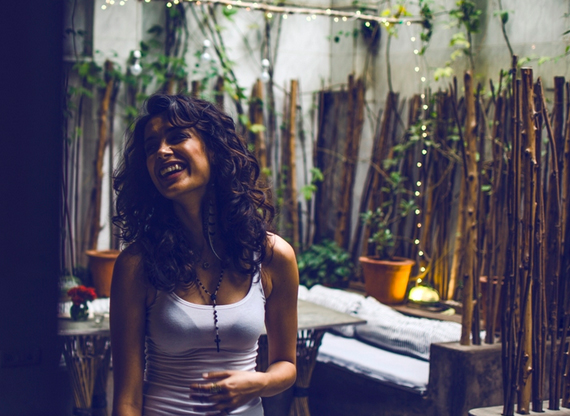 Sara Jane Dias’ debut single “Forgot to be me”

After Priyanka Chopra, Shradha Kapoor and Alia Bhatt it’s Sarah-Jane Dias’ turn to belt out a song. The winner of “Miss India Oman” in 2007 and an Indian actress Sarah-Jane Dias is making her singing debut with her first single “Forgot to be me” that got release on 13th of February. Co-written and composed by Sarah, “Forgot to be me” is a sad song about a heart break. The video features Indian film actor Arunoday Singh, celebrity hairstylist Sapna Bhavnani, MTV host Bani and Issac. Born to a Roman Catholic family in Muscat, Dias has also worked as a VJ on “Channel V”. She made her acting debut with a Tamil romantic comedy “Theeradha Vilaiyattu Pillai” in 2010. She then appeared in a Bollywood film “Kyaa Super Kool Hai Hum” opposite Ritesh Deshmukh in 2012 and also in Umesh Bhagat’s “O Teri”. Watch the video for “Forgot to be me” below.

Nirnaya Shrestha Back With “Happy Birthday”