The fans of Pradip Bhattarai‘s “Jatra” series are eagerly waiting for the second installment of the film and the team recently, started the shooting after the release of it’s teaser. The teaser released on Saturday.

As the teaser begins, we see the leads of the film Bipin Karki, Rabindra Jha and Rabindra S Baniya running and trying to commit suicide. We then get the first glimpse of Dayahang Rai in the teaser. Fans and audience are eager to watch the trailer and glimpse of the film. 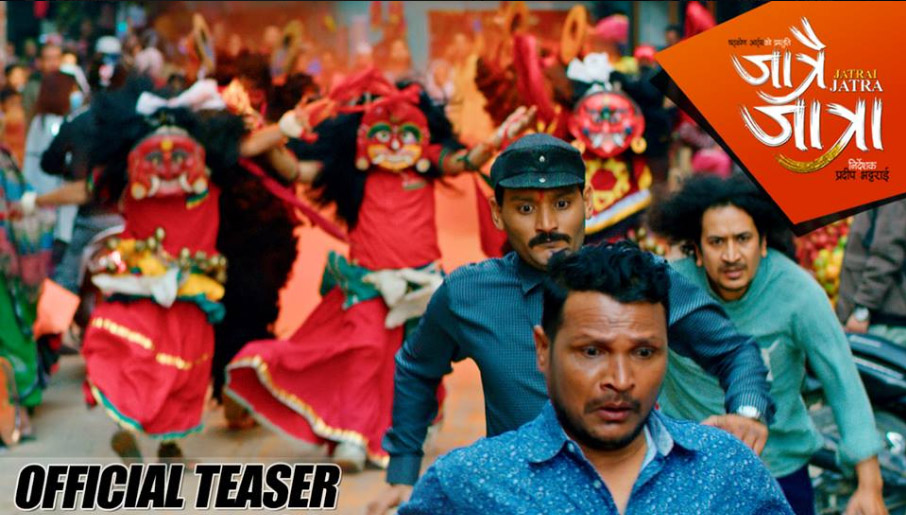 “Jatrai Jatra” will have the old cast like Bipin Karki, Rabindra Jha and Rabindra S Baniya and Barsha Raut. New addition have been made in the film by Dayahang Rai.