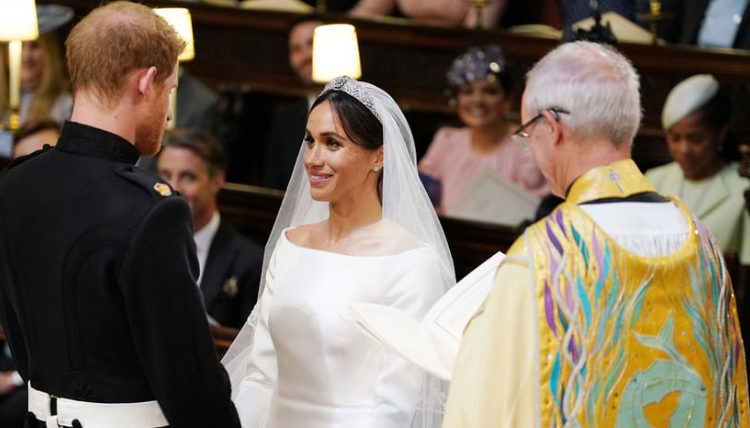 Prince Harry and Meghan Markle have been proclaimed husband and wife by the Archbishop of Canterbury in a ceremony on Saturday.  The couple- the new Duke and Duchess of Sussex-have tied the knot at St George’s Chapel in Windsor Castle.

The star of TV drama “Suits” walked unescorted in a white wedding dress-with a white veil and boat neck-was created by British designer Clare Waight Keller. Prince Harry and his best man the Duke of Cambridge are both wearing the frockcoat uniform of the Blues and Royals.

A host of celebrities including Oprah WInfrey, George Clooney and David Beckham are among the 600 invited guests alongside senior members of the Royal family. Another 2,640 members of the public have been chosen to watch the ceremony from the grounds of Windsor Castle.