Popular singer and music arranger Sunil Bardewa who was suffering from liver ailments, passed away in Tribhuvan University teaching Hospital, Maharajgunj on Tuesday evening. He was 44. He has arranged thousands of nepali songs, among those “Goreto Ani Ustai Chha Galli” is one of his hits. Bardewa, whose wife died some years ago is survived […] 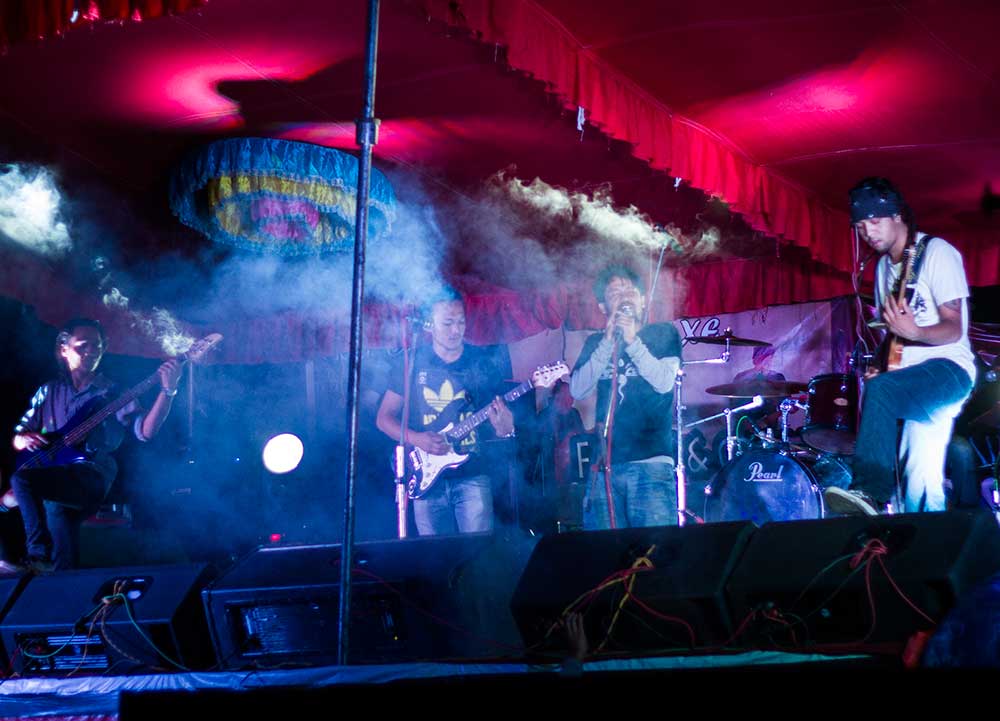 Frenz and group entertainment has organized concert to collect some fund for the flood victim.Concert was held at open ground of Hotel Hyatt Regency. Famous bands like The Exe Band, Anuprastha Band, The Triplet (fusiion band) Sunil Bardewa has preformed. Diwan and Ekagraha, Roots, The Gorkhaliz girls and other artists has also performed on the […]