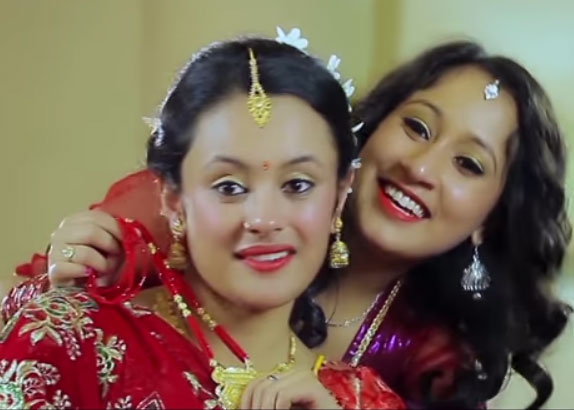 “Khulenaki Ranga (Sorha Shringaar)” is a new song by  Aakanshya Bashyal from her second album called “Saakar”. The video is about  the love between the two lovers that released on youtube on Monday. Like the title of the song (Sorha Shringaar which means getting ready for marriage), we could see the girl getting ready for her marriage and at the end of the video they tie the knot. The video is directed by Prasanna Poudyal and the man behind the camera is Bidur Pandey. Shrijal Rupakheti & Kriti Chhetri are the models featured in the video.

“From Tokyo to Kathmandu – Recollections in Print”