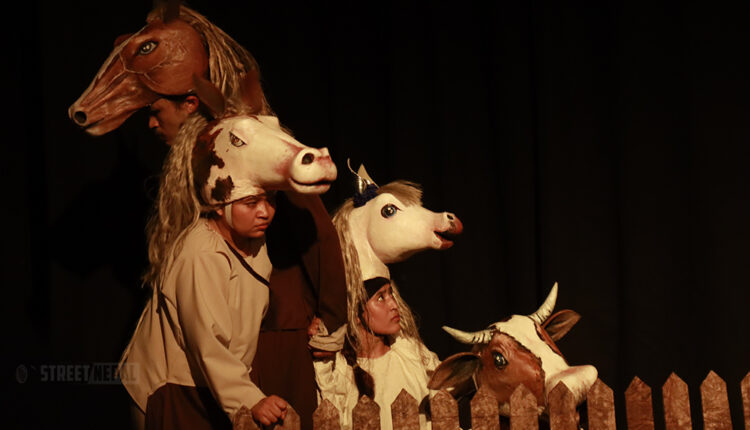 A drama ANIMAL FARM is currently staging at Kausi Theatre in Teku. The story is taken from British author George Orwell’s novel from 1945 AD. Akanchha Karki has translated the drama and dramatize by Prashanta Nayar. This drama is directed by Akanchha herself. The drama tells the result of choosing the wrong leader, the one who runs after the leader and its aftermath. Artist Aayush Niraula, Ingi Hopo Koinch Sunuwar Ojaswi Bhattarai, Bishal Chhetri, Dhiral Thapa Magar, Sebita Adhikari, Abhishek Sharma, Rizoon Pariyar, Roshani Shyangbo, Binita Lama Gurung, and many others are seen on the stage. The costume designer for the drama is Sinjita Parajuli. Shiva Kandel and Manish Naubhag have given the music. This play will be staged at Kaushi Theater till 3rd Poush every day at 5:15 pm.